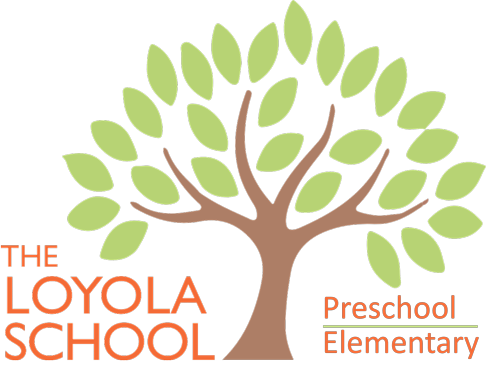 The Loyola Early Learning Center will open a kindergarten next month, the first step in expanding the no-tuition Jesuit preschool into a preK-4 elementary offering a free Jesuit education to 200 low-income Baltimore City children.

The first kindergarten of The Loyola School, the LELC’s new name, will begin classes Sept. 7 with 10 to 12 students who are graduating as LELC pre-K students on Aug. 19. Non-LELC students are also welcome to apply.

As the kindergartners progress, the school will add one new elementary grade level each fall until 2025, when the school will reach its target enrollment of 20 children at each preschool level and 28 in each of grades K through 4.

The Loyola School is an initiative of St. Ignatius Catholic Community, a Roman Catholic parish in Mount Vernon, and of the Jesuit USA East Province.

“Our aim is to foster not only our students’ academic achievement but also their cognitive, affective, spiritual and social growth,” said the Rev. William J. Watters, S.J., a Jesuit priest and founder of the new school. He is also school president and chair of the board of trustees.

“We will continue to recruit children from hard-working low-income Baltimore families who are fully engaged in and committed to their children’s education,” Watters said, “and we will support those families with $15,000 sponsored full-tuition scholarships provided by our generous benefactors.”

The Loyola School is a private, independent Catholic school in the Jesuit tradition and welcomes children from families of various religious traditions.

Starting next spring, The Loyola School plans to convert houses at 104-112 E. Madison St., across from St. Ignatius Church, into a school facility. The work is scheduled for completion in time for the 2023-24 school year. It will incorporate the facades and fronts of existing townhouses with new construction to their rear and a main entrance on Calvert Street.

“We are committed to the Mount Vernon neighborhood and to maintaining its historic character,” said Peggy Bessent, head of the board of trustees’ Steering and Planning Committee and former associate head of school of The Bryn Mawr School. “Our design fulfills that commitment, preserving, to the fullest extent possible, the architecturally significant elements of the townhouses along the 100 block of East Madison Street.”

The Loyola School will complete what Watters calls an “ecosystem” of Jesuit education for girls and boys from low-income Baltimore families, with schools covering all grade levels from preschool through high school. The Loyola Early Learning Center opened in 2017 at 801 St. Paul St. in Mount Vernon.

The ecosystem also includes St. Ignatius Loyola Academy, founded in 1993, a school in Federal Hill for boys in fifth through eighth grades, and Cristo Rey Jesuit High School, a coeducational school in Fells Point that opened in 2007. Watters founded all the schools; they all are funded by private donors and, in the case of Cristo Rey Jesuit, also by workplaces.

Cristo Rey, St. Ignatius Loyola Academy and the Loyola Early Learning Center have together graduated more than 1,200 students since the academy’s first commencement ceremony in 1996. When the Loyola School grows to its full size, the three schools together will enroll about 670 Baltimore City students a year, almost all children of color on full scholarships. 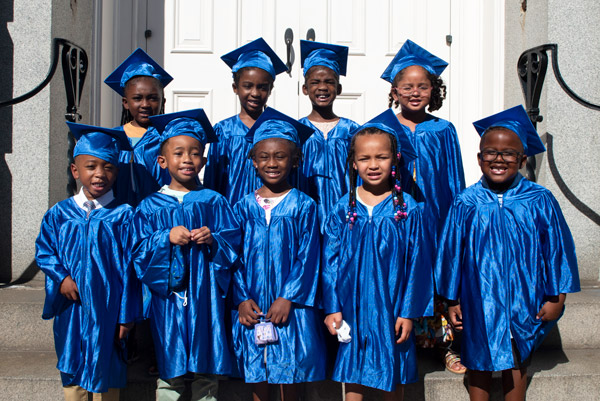 The Loyola School pre-K graduates who will attend the new Kindergarten this fall.

“The Loyola School reflects the importance of education and social justice not only to Father Watters, board members , and school supporters but also to the entire St. Ignatius parish,” said the Rev. James Casciotti, S.J., the pastor. “This church has been part of Baltimore City and the Archdiocese of Baltimore since the 1850s. Our parishioners and our Jesuit priests have been and remain entirely committed to the city and its people.”

The first Loyola School kindergarteners will attend classes in available space in the current Loyola Early Learning Center at 801 St. Paul St., at the corner of St. Paul and Madison streets. In the 2022-23 academic year, kindergarten students will report to 801 St. Paul and first graders to temporarily converted space on the ground level of St. Ignatius Church.

When the new facility is complete, it will house kindergarten through fourth-grade students; preschool classes will remain at 801 St. Paul St. Renovation and construction are budgeted at $8 million; more than half of that has already been committed by benefactors.

The Loyola School is named for the Spanish birthplace of St. Ignatius, the founder and first superior general of the Jesuit order of Roman Catholic priests and brothers. “Loyola” is a common name for Jesuit-affiliated educational institutions, including Loyola Blakefield and Loyola University Maryland in the Baltimore area and universities in Chicago, Los Angeles and New Orleans. The overall Jesuit network of schools comprises more than 100 universities, colleges and preK-12 schools in the United States and more than 3,000 in 115 countries.

“Your vision of 16 years of Jesuit education for young people from families of slender means in Baltimore has reached its fourth level: first, Loyola Early Learning Center for preschoolers; second, The Loyola School for the elementary level; third, St. Ignatius Loyola Academy for middle schoolers; and fourth, Cristo Rey Jesuit for high schoolers,” O’Keefe said. “The implementation of this vision is a fitting contribution not only to the people of Baltimore but also, in this Ignatian year, to the worldwide Jesuit educational network. I am confident your model will be replicated elsewhere. Ad Majorem Dei Gloriam.”

Click here for details about our September 4, 2021 Open House