The Jesuit value of cura personalis—“care for the whole person”—wove itself into Joe Lombard’s life from the beginning. Both his parents attended Georgetown University and were influenced profoundly by Jesuit professors. They often regaled their 10 children with stories of their Georgetown days and maintained contact with some of those Jesuits. No surprise, then, that when the time came, Joe chose Georgetown for both college and law school. 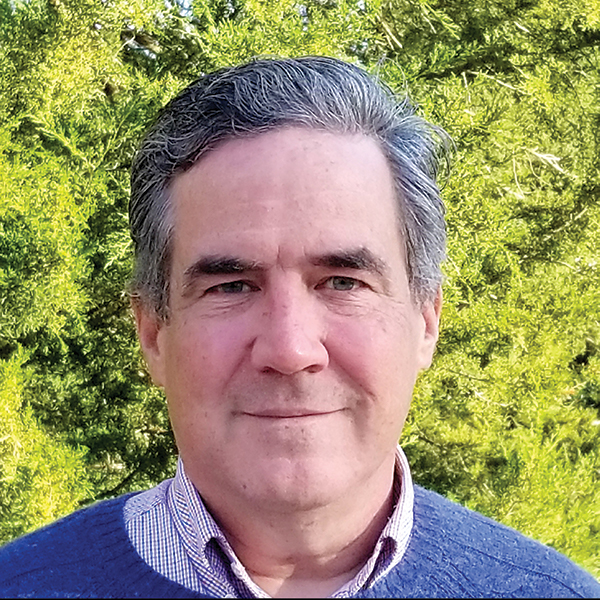 As a young attorney, Joe shared his love of the law with the love of his life, fellow lawyer Cliona O’Callaghan. At one point, after they moved their family to Chicago, Joe ran into a Georgetown classmate. Joe told him the company he worked for had been sold and he hoped to spend some time volunteering for a worthwhile cause before making his next career move. His classmate told him about Chicago Jesuit Academy. Soon, Joe and Cliona had become friends with CJA President Matthew Lynch, another Georgetown graduate and a former teacher at Baltimore’s St. Ignatius Loyola Academy. Joe tutored at CJA for several years and recalls his many hours there as “among the most gratifying” of his life.

In 2010, the family returned to the East Coast, settling outside of Annapolis. While Joe helped to launch a new law firm in Washington, Cliona stayed busy launching three children. A decade later, with the children grown, Joe and Cliona began to consider the next phase of their lives. For Joe, that meant cutting back on hours in the office, but remaining active and, most important, useful. He homed in on Baltimore, a city for which he always had an affinity and where he knew the needs were great. His Catholic faith and Jesuit values drew him to St. Ignatius, the Jesuit church of Baltimore.

Joe joined the LELC Emergency Council, which Fr. Watters created to help the school navigate the Covid-19 crisis. This was exactly what Joe was seeking, an opportunity to respond to the needs of others. Joe reported his involvement with LELC to his law partners, and Murphy & McGonigle PC took LELC on as a pro bono client. Joe quickly proved invaluable, and Fr. Watters asked him to join the Board of Trustees.

LELC’s care for the whole family of a student is a critical reflection of its Ignatian philosophy of cura personalis, Joe said. LELC, he said, “is not about simply supplying an education to a child; it is providing an opportunity for mothers and fathers to focus on their work and their own educations with the knowledge that their children are being cared for.” Monthly Saturday classes for parents on topics from nutrition to money management help to support LELC families as well.

Joe believes that advocating for LELC is an important part of his role. In his experience, when folks learn about the LELC mission
to offer a quality Jesuit education to Baltimore City children, they listen. “People understand intuitively the importance of early child- hood education,” he said.

Joe and Cliona decided to support a scholarship for one of LELC’s newest students, and they have invited family and friends to join in support of the school.

“It is amazing how many people are seeking causes and efforts they can feel good about supporting,” Joe said.