Serendipity or Providence? How Our Newest Family Found LELC!

Cierra Smith and her family were on a walk in August when Cierra noticed the Loyola Early Learning Center sign. The young family including 9-year-old fraternal twins Kayden and Kalena, toddler Kamille and Cierra’s husband Glen had just moved into the Mount Vernon neighborhood, and Cierra was curious. 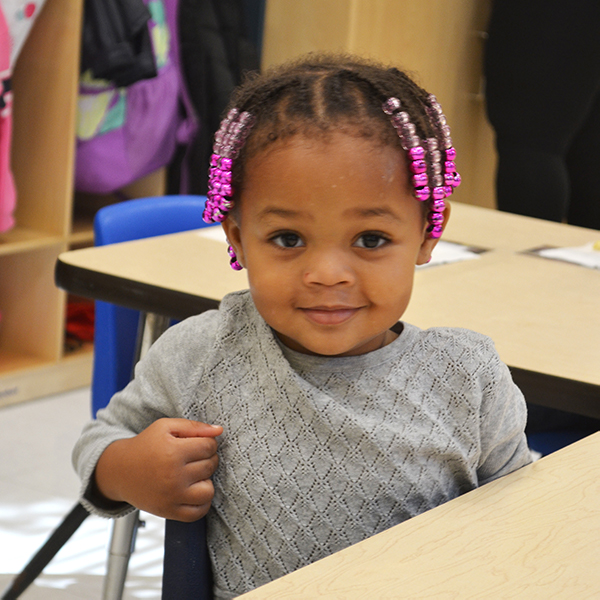 Well, as Jesus said in the Sermon on the Mount, “Knock and the door will open for you.”

“When I rang the doorbell, Ms. Sharon [Wheaden- West, LELC’s executive assistant] let me in and was so warm and welcoming,” Cierra said. “She explained that this is a preschool and told me a bit about the program.” Cierra said that she left wondering if Kamille might be able to attend LELC next year, since the 2020-21 school year had already started.

Just days later, though, Director Erica Meadows called and said that the school had one space left for a 2-year old. She asked if Cierra and Glen would be interested. After a Zoom interview, the couple learned that Kamille had been offered a scholarship. Cierra was so glad that she followed her intuition and rang the doorbell.

Kamille is happy and adjusting well online learning since March. Due to a critical preexisting health condition, he had been unable to continue work at Whole Foods during Maryland’s “stay at home” Covid closure.

Cierra recently started a new job as a leasing consultant. She is relieved to have found a school within walking distance of home where Kamille is in a small classroom with a warm and nurturing environment, surrounded by children her own age.

“It’s all good, but she is still not used to being on a schedule due to being home with us during the shutdown,” Cierra said after Kamille’s first week. “She is adjusting!”